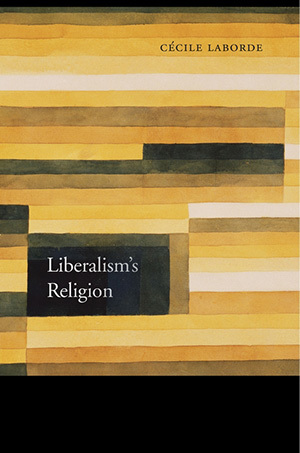 Nuffield Professorial Fellow Cécile Laborde has been awarded the 2019 David and Elaine Spitz Prize by the International Conference for the Study of Political Thought for her book Liberalism’s Religion (Harvard 2017).

Liberalism’s Religion explores the complex relationship between religion, law and the state in Western liberal democracies. The book breaks ‘religion’ down into its various dimensions to explore how they interact, and asks the question, ‘Can Western theories of secularism and religion be applied more universally?’.

The Spitz Prize, named after David and Elaine Spitz, was founded in 1988 and is awarded annually for the best book in the field of liberal or democratic theory. The Spitz Prize has been awarded to books by writers such as Robert A Dahl, John Rawls, Martha Nussbaum and Philip Pettit. On announcing this year’s prize, the Prize Committee commented that:

“Liberalism’s Religion […] should transform the discussion of religion in the liberal state. It is an acute, clear, and carefully constructed book about a freighted topic. Especially noteworthy is Laborde’s fair-minded attention to the views she opposes, which allows her to open up and vivify the conversation about the merits of philosophical liberalism rather than defending a narrow version via technical distinctions […] Laborde rises above entrenched oppositions and monolithic conceptions and critiques. Liberalism’s Religion is an important intellectual achievement.”

On receiving the prize, Cécile commented:

“The news came as a pleasant surprise. There are so many good books in political philosophy at the moment, and I am honoured and humbled that my book has been chosen for this prize.”

Cécile hosted a symposium at Nuffield in May and June 2018 based on the book’s themes of religion, law and state in the Western world.