In memory of Sir James Mirrlees

With great sadness, we report the death of Nuffield Fellow Professor Sir James Mirrlees, a Scottish economist who was awarded a Nobel Prize in 1996 for his work in public economics. 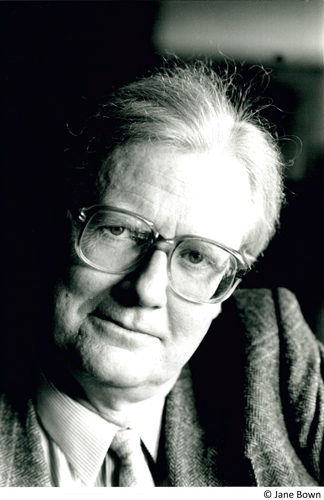 Nuffield College responded with great sadness to the news of the death of Sir James Mirrlees, who passed away in Cambridge on 29 August 2018.

Jim Mirrlees, as he was known in Nuffield, joined the College as a Professorial Fellow in 1968. He was the Edgeworth Professor of Economics until 1995 when he left Oxford to take up the Professorship of Political Economy at Trinity College, Cambridge. In 2002, he became Distinguished Professor-at-Large of the Chinese University of Hong Kong, and in 2009 the Master of Morningside College in that university. From 1995, Jim was elected as an Emeritus Fellow of Nuffield and in 2000, the College hosted a Festschrift to celebrate his contribution to economics.

Sir Tony Atkinson, another greatly-missed Nuffield economist, described Jim as one of the best economists in the world, remarking that he was best known for his work on the theory of the optimal design of income taxation.

Tony wrote, “In 1969 [Jim] reformulated the question in a way which had never been done before and developed a deep set of mathematical tools to solve the problem. He took this an important stage further when he recognised in the mid-1970s that the mathematical structure of the problem applied much more generally to questions of mechanism design in the face of incomplete information. In this way he has influenced whole branches of economics.”

Jim shared with William Vickrey the 1996 Nobel Prize for Economics in recognition of their research into the economic theory of incentives under asymmetric information. He served as President of the Econometric Society and of the Royal Economic Society, and was elected a Fellow of the British Academy and an Honorary Fellow of the Royal Society of Edinburgh. The internationally influential 2011 Mirrlees Review, produced by a team of eminent public finance specialists chaired by Jim, presents a picture of coherent tax reform whose aim is to identify the characteristics of a good tax system. It remains a permanent beacon of the high standards of thinking for the benefit of society that were Jim’s hallmark.

Jim achieved a significant transformation in the depth and rigour of graduate teaching in economics at Oxford. Many of his former students have themselves become influential members of the economics profession.

Christopher Bliss, Professor Emeritus of International Economics and Emeritus Fellow of Nuffield, remarked, “The feature of Jim’s personality that makes him unforgettable is his enormous generosity. He never refused his time and insights even to his intellectual inferiors - that is most of us. His help was hugely valuable, as he could do in five minutes what most of us would need an hour to do at best. And he had a keen eye for talent which he always wanted to nurture.”

Jim is survived by his widow Patricia, his two daughters Catriona and Fiona from his marriage to Gill who passed away in 1993, his stepson Rory, and four grandchildren.

Professor John Kay, Fellow of St John's College and Visiting Fellow at Nuffield, wrote about his memories of Jim on his website, and obituaries were published on 31 August 2018 in the Times, the Financial Times, the Scotsman, and the Herald, and on 1 September 2018 in the Washington Post.

A memorial conference was held at Nuffield College on 26 April 2019: watch videos of the conference proceedings.