Some of our academics are, as part of their broader social science interests, conducting research pertinent to women and gender. We have gathered some recent examples. 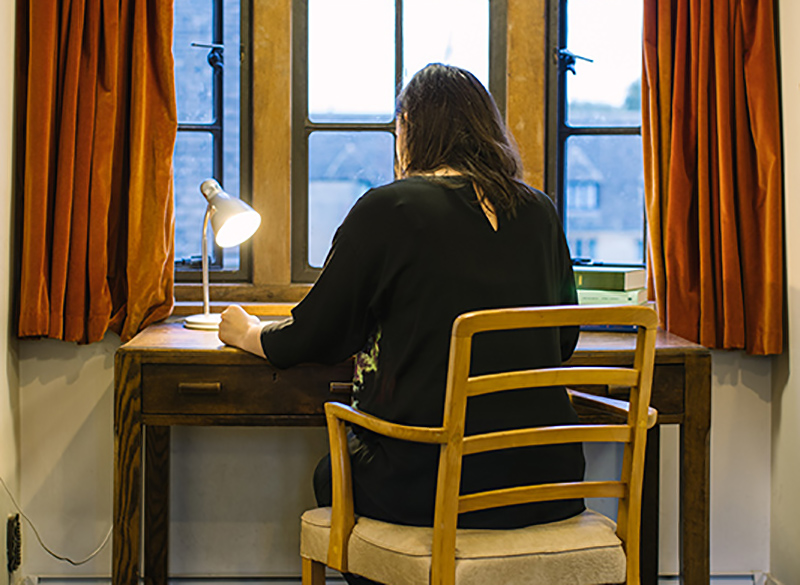 At its foundation in 1937, Nuffield College became the first Oxford College to admit both men and women as students and Fellows, and the first College to recruit only graduate students and to focus on a set subject area – the social sciences. This founding mission still shapes the College’s activity, at a time when the social sciences are even more important in helping us understand and address the social, economic and political problems we face.

Gender inequality is one of these problems and a growing area of study in the social sciences. In celebration of this year’s International Women’s Day, we have collated below some of the recent research being done on women and gender by Nuffield Fellows and students.

For an even fuller list – which includes work by Nuffield Associates, alumni and former Fellows – see this comprehensive collection compiled by the Nuffield Library team on SOLO.

Women and work during COVID-19

Some Nuffield Fellows and students have been working on women’s work during the coronavirus specifically when the boundaries between home and work have become blurred.

Professorial Fellow Barbara Petrongolo has co-authored a working paper with colleague Claudia Hupkau on the impact of the UK lockdown on men and women’s paid and unpaid work, using data from the COVID-19 supplement of the Understanding Society study.

In an earlier paper, published in the same issue of Fiscal Studies, DPhil student Marta Golin and co-authors, including Associate Member Abi Adams-Prassl, analyse the workers who were furloughed in the UK’s first COVID-19 lockdown in April and May and the terms of those arrangements. They find that women are significantly more likely to be have been furloughed.

Professorial Fellow Ridhi Kashyap works with colleagues around the world to measure global digital gender inequality by filling data gaps with gender-disaggregated data from sources such as Facebook and Google. A recent paper with DPhil student Florianne Verkroost, for example, uses data from LinkedIn to show how men generally outnumber women in the IT sector on the platform.

In another paper from earlier in the year, Ridhi writes with co-authors, including Non-Stipendiary Fellow Valentina Rotondi and Senior Research Fellow Francesco Billari, about how mobile phones are driving a revolution for women in the developing world. They show that access to mobile phones is linked to lower gender inequalities, enhanced contraceptive use and lower maternal and child mortality, and that this relationship is stronger in the developing world.

Women on the board and as breadwinners

In her paper ‘Bringing Women on Board’, Helen finds that countries are unlikely to have a ‘critical mass’ of women in private-sector boardrooms without certain welfare-state policies, such as providing childcare. Some family-focussed policies could even help do away with boardroom quotes in favour of softer interventions, such as voluntary recommendations.

Professorial Fellow Bess Bukodi applies a gender lens to her work on social mobility in a recent paper with Non-Stipendiary Research Fellow Marii Paskov. Using a new European comparative data set, they find that, for example, women are more likely than men to be in a different class position than their parents, although the reasons for this may be different from East to West. Levels of relative mobility are not broadly different between men and women, however, although there are some differences in the pattern of these rates.

Gender in elections and attitudes towards female politicians

Postdoctoral Researcher for the Nuffield Politics Research Centre Rose de Geus researches gender attitudes and attitudes towards female politicians as part of her wider work on elections and voter behaviour with the British Election Study. Her recent papers include work on the perspective of female conservatives – which shows that female candidates of right-wing parties are less right-wing than male candidates – and whether gender stereotypes affect how voters judge female and male politicians.

This grassroots capacity also enhances gender parity across the entire political spectrum, as it allows female candidates to link up with senior female politicians to demand greater parity within the party organisation. Tanushree calls this 'representation from below'.

Professorial Fellow Ridhi Kashyap continues her ongoing work on son-preference in a paper written with Associate Member Julia Behrman and published in Demography. Using data about mixed-sex twins in the Indian National Family Health Survey, Ridhi and Julia see a strong link between explicit gender preference and under-5 mortality rates amongst girls in India, especially compared to a placebo in sub-Saharan Africa.