New book published by Anthony Heath and the Centre for Social Investigation asks how much progress Britain has made since 1942. 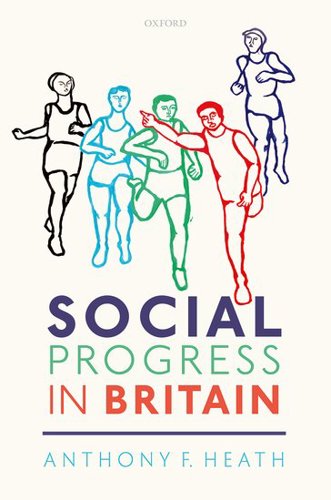 In 1942, Sir William Beveridge talked about the ‘five giants on the road to reconstruction’ – Want, Disease, Ignorance, Squalor and Idleness.

In a new book published today called Social Progress in Britain, Emeritus Fellow Anthony Heath and his team of researchers at the Centre for Social Investigation examine how far Britain has actually come in tackling these five areas, and also adds two new ‘giants’ to Beveridge's original list - Unfairness and Discord. It also asks how progress in Britain compares with that of peer countries — Canada, France, Germany, Italy, Japan, Sweden and the USA. As the book shows, we have made great strides in some areas, but for others, progress is surprisingly small. In some areas, it is even possible that we have regressed.

Social Progress in Britain is based on research by the Centre for Social Investigation at Nuffield College Oxford, led by Anthony Heath, and draws on evidence from both official government sources and independent research.

To find out more about the book, visit the OUP website. A promotional code is currently available for 30% off RRP. More information on the work of the Centre for Social Investigation (CSI) can be found on the centre’s website.

Endorsements for Social Progress in Britain

"Anthony Heath has established a deserved reputation as a dispassionate authority on social change, integration, and social disadvantage. Social Progress in Britain shows both where we have moved forward and where we have slipped up. We all need to pay attention and raise our game." Chuka Umunna, MP and Chair of the All Party Parliamentary Group on Social Integration

"Social Progress in Britain should be compulsory reading for all policymakers, indeed for anyone who wants better to understand the trends in and drivers of social progress. Anthony Heath and his excellent co-authors at the Centre for Social Investigation bring out the facts clearly, compellingly and, perhaps, counter-intuitively showing that though major challenges remain, social progress in Britain has generally kept up with that in other countries." Stephen Aldridge, Director for Analysis and Data, Ministry of Housing, Communities, and Local Government

"For decades Anthony Heath has challenged the cosy assumptions about Britain steadily becoming a fairer place for all to live and prosper in. His meticulous and unbiased research and analysis in this book shows that on key social performance indicators like life expectancy or racial discrimination, we are failing to fix disadvantage. We must all sit up, learn, and act on change." Iqbal Wahhab, Chair, National Independent Advisory Group, Action on Race Equality in the Criminal Justice System

"This book, by one of the world’s most respected social scientists, makes a powerful, evidence-based contribution to our understanding of the path that Britain has taken since Beveridge. This thoughtful analysis should be read by anyone who has an interest in the impact that policy has on tackling social inequalities, a desire to avoid the ideologically-driven or politically correct mistakes of the past, or a commitment to a fairer and more cohesive Britain." Ray Shostak, formerly Head of the Prime Minister's Delivery Unit.