On Monday 23rd October, Nuffield College Research Fellow, Felix Krawatzek, participated in a panel which discussed the consequences of the recent German federal elections in an event Co-hosted by the Reuters Institute for the Study of Journalism and the Blavatnik School of Government. The panel was moderated by Bill Emmott, former Editor of The Economist. 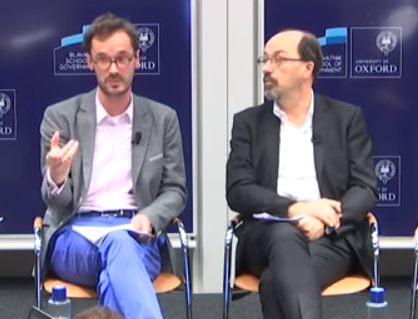 Felix appeared alongside fellow panellists, Alexandra Borchardt and Alexa Zeitz, to discuss the impact of the September 2017 German election, and Angela Merkel’s re-election, on Germany, the EU and the world. The discussion was chaired by Nuffield Alumnus and former editor of the Economist, Bill Emmott.

You can watch the panel online on the Blavatnik School of Government YouTube channel: http://bit.ly/2zypyKU.