We are pleased to announce that Ezequiel González Ocantos, a Professorial Fellow at Nuffield, has been awarded the 2017 C. Herman Pritchett Award for Best Book in Law and Courts by the American Political Science Association (APSA) for his book Shifting Legal Visions: Judicial Change and Human Rights Trials in Latin America. 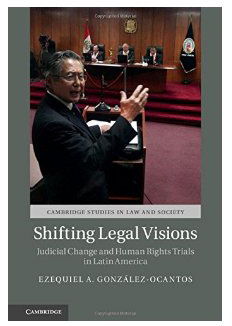 University Distinguished Professor Charles R. Epp of the University of Kansas described the book as "a fascinating analysis of how Latin American judges came to hold dictatorial torturers and murderers accountable after years of shielding them from justice. The driving force behind this profound conversion, Ezequiel González Ocantos demonstrates in this carefully designed and richly researched account, was the persistent, strategic effort of human-rights NGO's to teach judges new ways of thinking and ruling. This transformative, path-breaking book will be a must-read for scholars and human-rights organizers alike."

Find out more about Ezequiel’s book from the Department of Politics and International Relations website.

Learn more about the award from the APSA website.