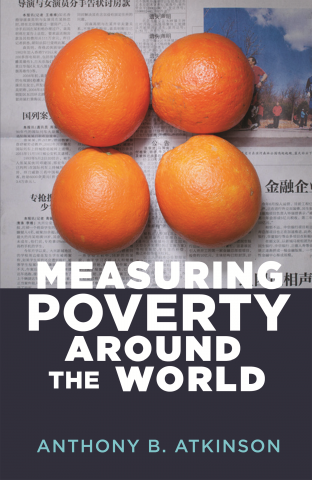 The final book by Nuffield Warden (1994-2005) Tony Atkinson – Measuring Poverty around the World – was published by Princeton University Press earlier this month.

Measuring Poverty builds on Tony’s work whilst chairing the World Bank’s Commission on Global Poverty, and takes its remit further and wider. In it, Tony answers the central question, ‘What is poverty and how much of it is there around the globe?’ by bringing together evidence about the nature and extent of poverty across the world.

Tony was writing the book when he died in January 2017. His work was picked up and finished at his request by John Micklewright (Research Fellow 1984-86) and Andrea Brandolini. François Bourguignon and Nicholas Stern (DPhil Economics 1968; Visiting Fellow 2005-2012) also provided afterwords for the book, addressing key issues from the unfinished chapters: how poverty relates to growth, inequality, and climate change.

"Tony Atkinson did everything he thought he should do to help others and to help the world while being robustly engaged in solving the problems that could tempt and engage an outstanding economist. The impact of his contribution to economics can be seen in a great many different areas in the subject, but our understanding of poverty and inequality, in particular, has been totally transformed by his foundational work."

The book was launched at the Resolution Foundation’s Westminster headquarters on 11 June 2019, with presentations by Nick Stern and John Micklewright.