It was with great sadness that we learnt of the death of Honorary Fellow Martin Feldstein, whose dedication to the application and dissemination of economics made him one of the most influential economists of the last 50 years. 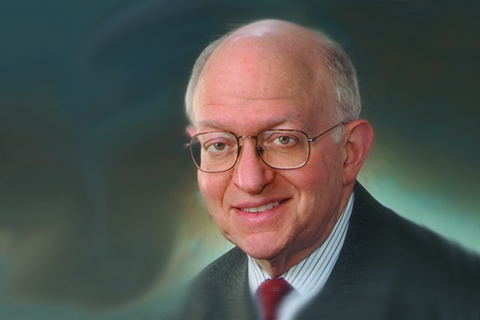 Marty, as he was known to his friends and colleagues, first came to Nuffield in 1963 for his DPhil in Economics on empirical analysis of efficiency patterns in the NHS. He stayed on as a Fellow until 1967, when he went to work at Harvard. He was elected to an Honorary Fellowship in 1998.

In 1977, having pioneered the use of large micro data sets to study the behaviour of households and firms, Marty won the John Bates Clark Medal of the American Economic Association. Until 2019, the prize was awarded every two years to the economist under the age of 40 who is judged to have made the greatest contribution to economic science. He was the author of more than 300 research articles in economics.

Marty was dedicated to advancing applied economics. In more than three decades as President and CEO of the National Bureau of Economic Research (1977-82 and 1984-2004), he dramatically expanded the bureau’s role in supporting and disseminating economic research. From 1982 to 1984 he acted as Chairman of the Council of Economic Advisers and President Reagan's chief economic adviser. He was appointed by two further US Presidents to advisory roles: in 2006 to President Bush's Foreign Intelligence Advisory Board, and in 2009 to President Obama's Economic Recovery Advisory Board.

“Marty made an enormous contribution to the development of public economics, and especially empirical public economics, over more than fifty years. He was endlessly intellectually energetic and inspiring, and we at Nuffield gained hugely from his energy, as did many others all around the world. Marty cared deeply about intellectual seriousness, but always wanted this to be allied with helping those in power to make decisions – he was a wonderful model and we mourn his death.”

At the time of his death, Marty was the George F. Baker Professor of Economics at Harvard University, President Emeritus of National Bureau of Economic Research (NBER) and a regular contributor to the Wall Street Journal and other publications. He continued to be actively involved in College life until the end, hosting alumni get-togethers in Boston with great generosity alongside his wife Kate, and giving the Stated Meeting Seminar in Trinity Term 2016.