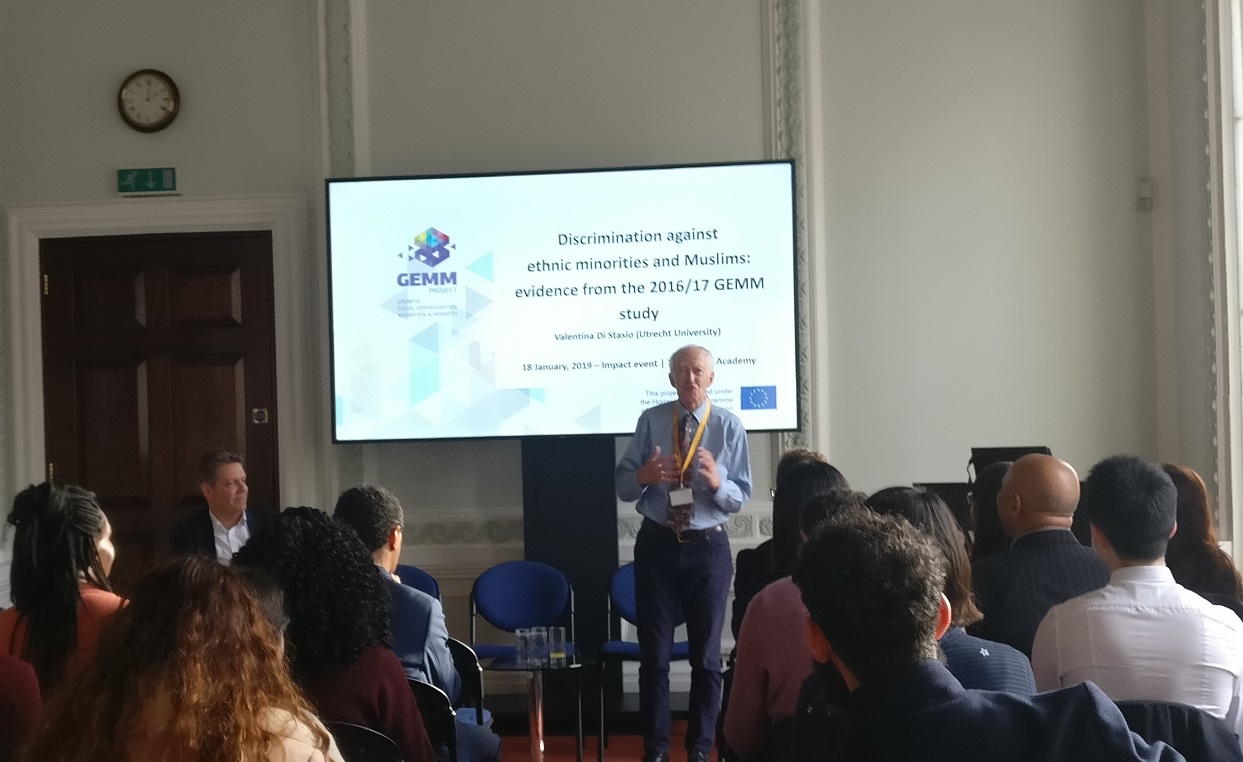 Applicants from minority ethnic backgrounds have to send 60% more applications to get a positive response from an employer than white British candidates, according to a new study published by CSI and conducted by CSI’s Valentina Di Stasio and Anthony Heath, with the collaboration of international colleagues at the GEMM project.

The researchers made fictitious applications to nearly 3,200 real jobs, both manual and non-manual – including software engineers, marketing, chefs and shop assistants.  Applicants’ skills and qualifications were designed to be appropriate for each type of job but their ethnic background was varied randomly.

The findings revealed that black Britons and those of south Asian origin - particularly those with a Pakistani background - were penalised heavily, facing strong discrimination in the labour market at levels unchanged since the late 1960s and 1970s.

Prof. Anthony Heath said: “The absence of any real decline in discrimination against black British and people of Pakistani background is a disturbing finding, which calls into question the effectiveness of previous policies. Ethnic inequality remains a burning injustice and there needs to be a radical rethink about how to tackle it.”

Dr Valentina di Stasio, former Research Fellow (2016-2017) and co-author of the report, added: “The persistent gaps in callbacks found for more visible and culturally distant minorities, regardless of the occupation considered or the information included in the application, suggest that employers may simply read no further as soon as they see a Middle East-sounding or African-sounding name.”

The report, which can be downloaded here, was officially launched at the British Academy on Friday 18 January 2019, and has received extensive coverage in the media, including The Guardian and the BBC.