The Cube Rule was not devised by David Butler, but it was rediscovered by him and he subsequently popularised it.

The Cube Rule states that if the ratio of votes between parties in an election is A:B, then the ratio of seats is A³:B³.

Until the development of the Cube Rule, the number of seats won by political parties in elections had largely been considered a mystery, particularly when contrasted with the number of votes gained. In an electoral system rife with multi-member constituencies, electorates of different sizes, university seats, and Independent MPs, the British system had long defied attempts to forecast any relationship between votes and seats. The Cube Rule represented the first attempt to explain this relationship.

The Cube Rule was originated by James Parker Smith, an educationalist, barrister and former Liberal Unionist MP, who was a keen amateur statistician. In 1910, he set out the Cube Rule when he submitted oral evidence to the Royal Commission on Systems of Election. The Cube Rule was recorded in the minutes of evidence, but not in the final report. Parker Smith never published the rule, and it languished in the obscurity of an appendix to the Report, largely unread, until rediscovered by Butler 40 years later when he was a research student at Nuffield College.

To his surprise, Butler found that when translated to the three most recent general election results, in 1931, 1935 and 1945, this Edwardian equation worked surprisingly well in estimating the total number of seats won for the share of the vote polled. It enabled him to forecast the seats likely to be won by the two major parties on the basis of the latest opinion polls. A 1950 article by Butler in The Economist, setting out how this rule could be used by 1950s political scientists, caught the eye of Winston Churchill.

Naturally, the Cube Rule as proposed by Parker Smith had a number of caveats. Crucially, it only applied to a first-past-the-post electoral system in which there were two main parties - a situation which held true in Edwardian Britain. After the turmoil of the 1920s, Butler's pioneering statistical work was based on a renewed phase of two-party polarisation in the three general elections of the 1930s and 1940s; and its rediscovery came on the brink of the high-point of two-party politics, in the 1950s. However, with the gradual revival of three-party politics in Britain, the Cube Rule became a less accurate model.

Nevertheless, the Cube Rule devised by Parker Smith and unearthed by Butler, for all its flaws, presented a vital turning point in the burgeoning science of psephology, as subsequent generations of political scientists took to ever more elaborate models for projecting electoral results.

Excerpts from the minutes of evidence of the 1910 Royal Commission on Systems of Election, in which James Parker Smith first set out the cube rule 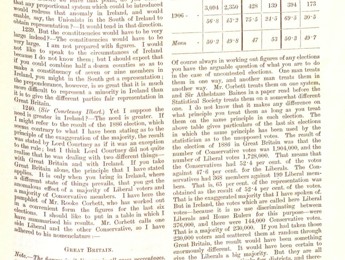 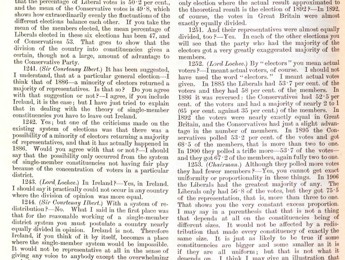 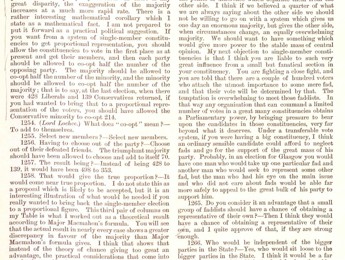 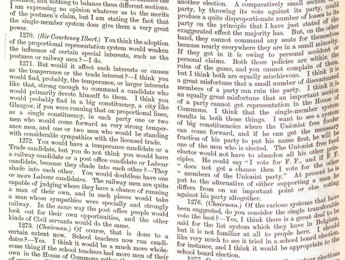 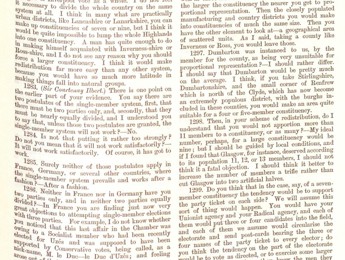 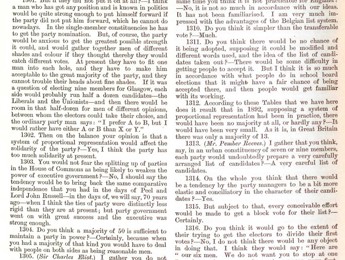 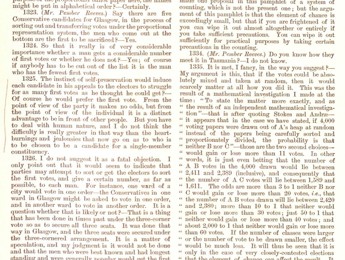 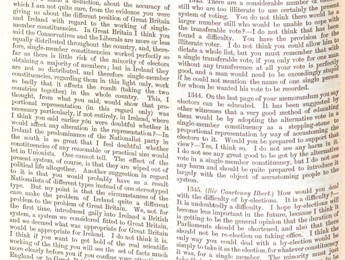