David Butler had two lengthy meetings with Winston Churchill in the early 1950s. The first, on Monday 6 February 1950, was a four-hour dinner that the two enjoyed at Churchill's country home Chartwell after the former Prime Minister had seen Butler's January 1950 Economist article explaining the concept of 'swing' in elections. Butler has frequently described this evening as one of the key turning points of his life.

On the way home, Butler wrote up his recollections into a six-page account, which survives in the personal Butler archives. Included belowe is an expanded twelve-page version of that account, with supplementary material and observations from Butler.

All items, unless otherwise stated, are from David's private collection of papers, with permission granted to reproduce on this website. 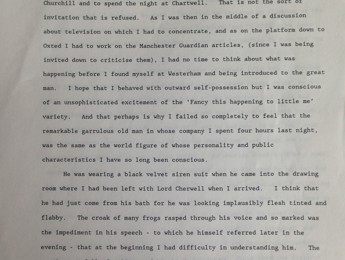 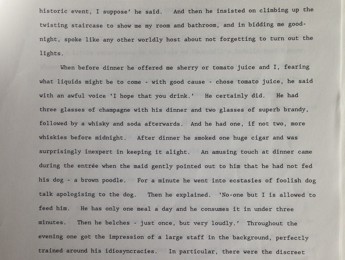 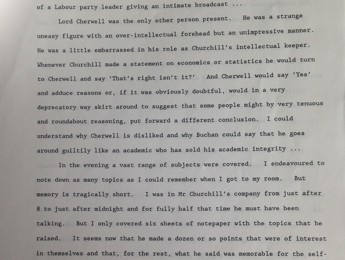 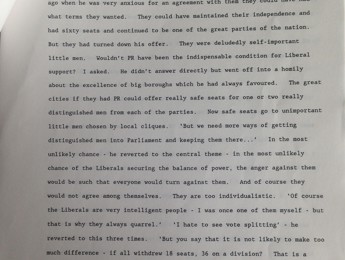 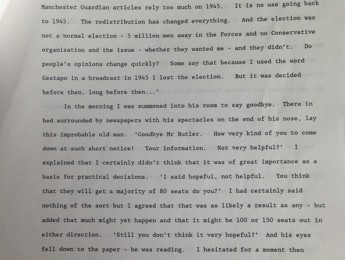 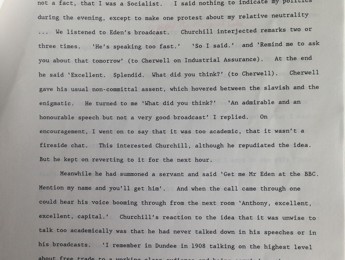 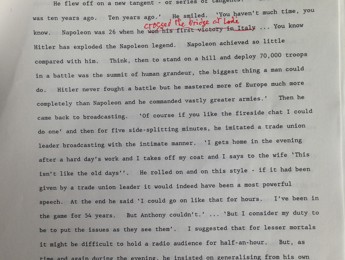 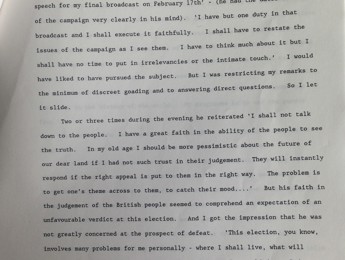 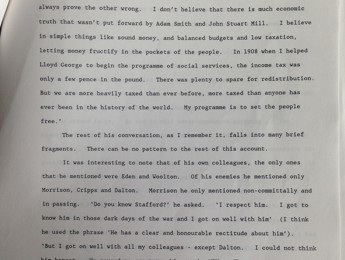 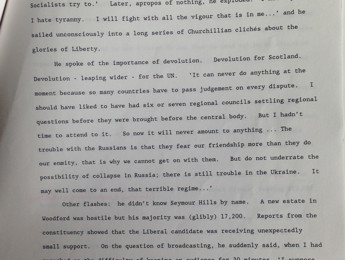 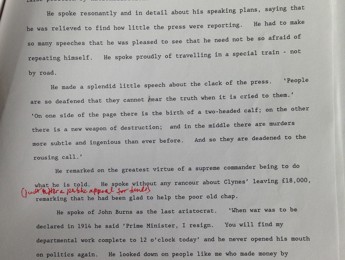 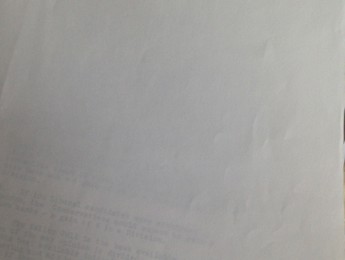